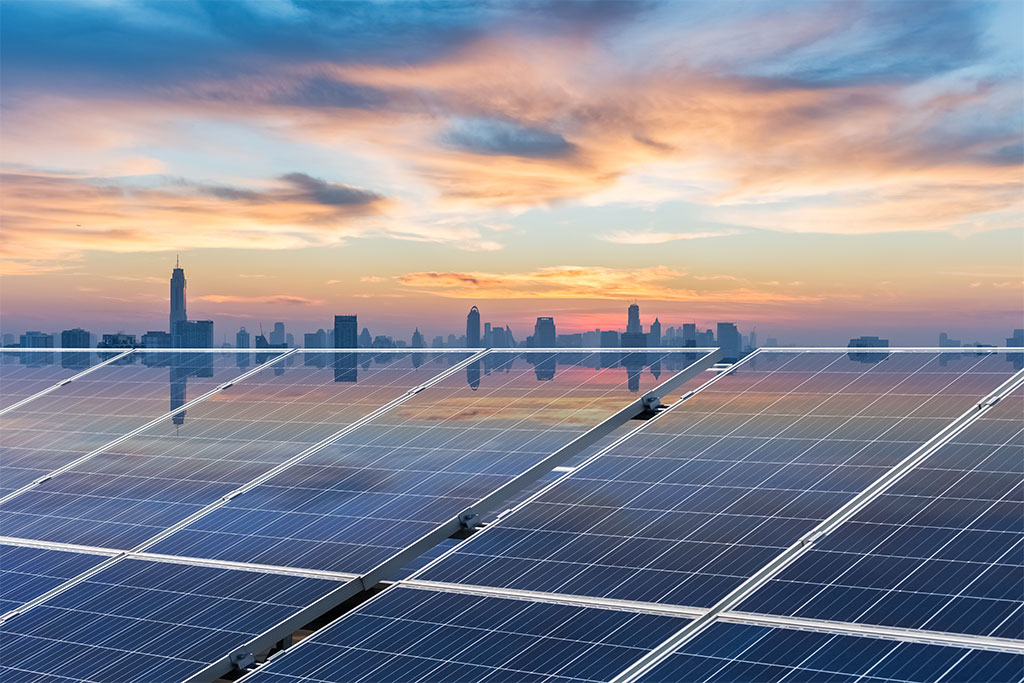 Solar PV technology is used for generating electricity from solar energy. A grid connected solar Photovoltaic system is simply a solar energy panel system that is connected to the main power supply (called the “grid”). The user of this system uses electricity from both the solar panel system as well as the electrical grid. This enables the user to draw energy from grid during emergencies such as on a cloudy day or during the night. Similarly, during power cut, when power supply is shut, electricity can be drawn from the solar panel system!

Solar Systems have been in India since quite some time now. But for a long time, it was not economically feasible for most Indians to take benefit from. There has been a drop in the prices of solar PV in the last few years, due to significant implementations made by Government of India. Since then, solar PV technology has become quite a lucrative option for saving electricity!

Grid Connected Solar Rooftop Systems are often rooftop based and are integrated into buildings.

In a building, before connecting solar panels, the grid is the only source of power & all the ‘loads’ of the building are drawing electricity from it.

The working of the solar PV system can be explained through five different scenarios:

1. When solar generation is equal to the load requirement–

The loads are completely run by solar power. Though, the grid is available but its power is not utilised.

2. When solar generation is more than the ‘load’ requirement–

The generated solar power will support the existing load first & the excess will be sent back to the grid. This is called as ‘export to the GRID’.

3. When solar generation is less as compared to the load’s requirement–

All solar power will get self-consumed by the loads. Meanwhile, the grid will join to support the excess load demand.

4. When solar generation is not taking place–

Typically during night time, when no solar energy can be produced, the grid can supply electricity to meet the load’s requirements. This is called as ‘import from the GRID’.

During a power cut, the solar inverter shuts down. This is for the safety of the staff working on the grid for maintenance.

Once, a solar PV system is installed on the rooftop of a building, the power required by the ‘loads’ is supplied by the solar panels or in some cases from panels as well as the grid, as explained above.

Related Read: What is Solar Panel and How Does it Work?

Make sure that your roofs are strong enough to hold panel’s weight:

Typically solar panels are quite light, but once you have decided the place to install solar PV, you need to make sure that the roof can handle the solar PV system. If you have old asbestos sheets, you may want to change them with long-lasting tin sheets. Your roof should be sturdy enough to hold the panels. If your roof is quite high and is windy, you need to ensure the setup with your installer and confirm if the installation is safe enough.

So what is the maintenance required for such a system?

As batteries gets eliminated, the maintenance required for such systems is quite low. The major maintenance activity would be to clean the solar panels regularly, so that dust doesn’t accumulate on them.

Some electrical components may get some wear and tear and might need fixes. Usually, it is recommended to go for high quality components so that you can just fit and forget the system and it keeps generating electricity for you.

To give a rough idea, maintenance cost is typically assumed to be 0.5% annually.

The option of Solar PV Rooftop “Grid Connected” system looks quite lucrative for places with a fairly regular and continuous supply of electricity. A majority of such places in the country are cities with higher tariffs and reliable electricity supply. It can be a great option to not only reduce the electricity bills, but also to generate power that can be routed to places which have a shortage of electricity.

If you do have one such place in mind where you can install the system, do give a try to solar PV rooftop “Grid Connected” system!